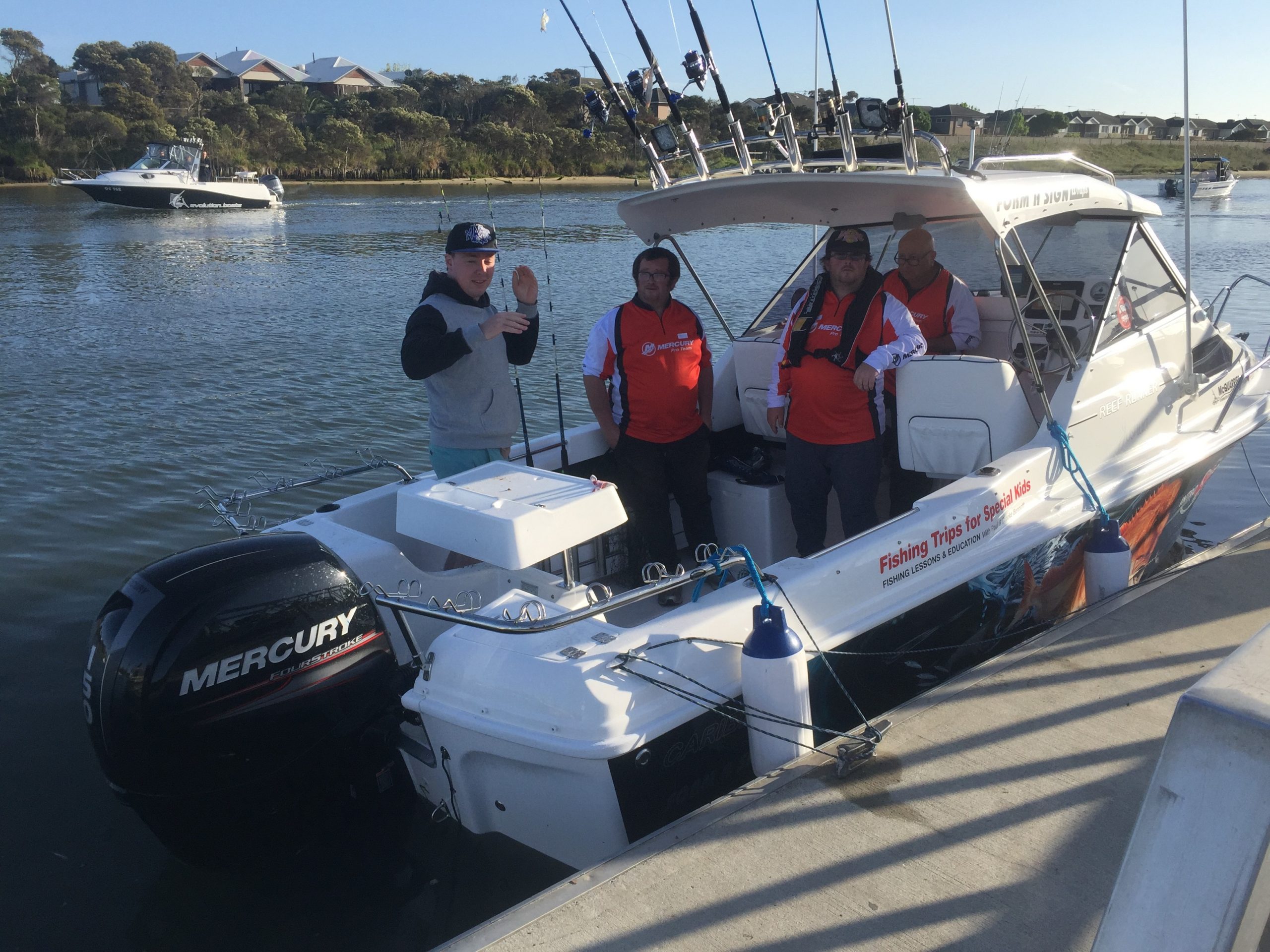 Every weekend of the year, in the waters off Melbourne, something inspiring takes place.

People with special needs – men and women, girls and boys – experience all the simple joys and freedom of casting in a line and trying to catch a fish.

Paul Bennett is the founder and driving force behind Introfish, the unique charity he set up to share the pleasure and benefits of fishing.

“It really is about social inclusion,” said Paul, an accomplished lifelong fisherman and communicator.

“If you are living with special needs then an afternoon fishing, being part of a group, breaking down barriers, isn’t just new and fun – it can be hugely beneficial.”

Introfish has been operating for seven years, alternating between Port Phillip Bay when the snapper’s on and Western Port when it’s whiting season.

The difference this season is that Paul’s now driving a brand-new Caribbean Reef Runner, powered by a Mercury 150hp FourStroke. The Reef Runner was built, of course, by International Marine and the engine was rigged by The Marine Shop in Melton, Victoria.

“We literally couldn’t do this without our sponsors. I can’t thank Mercury enough for their generosity. Not only have they looked after us on the engine, they have supplied a fantastic engine, the best 150hp fourstroke on the water. I couldn’t ask for better,” he said.

“The boat is really crucial to what we do because it means we can go to the fish so that no weekend is wasted and no one is disappointed.”

Paul’s decision to dedicate so much time and effort to helping others emerged from his own personal tragedy – the death of his son who was born prematurely and with special needs.

“I always said I would take my son fishing but never got the chance. Then I came across a report which looked at the benefits that fishing provides to people with schizophrenia, Asperger’s, Down syndrome etc, and it showed it was an absolute winner,” he said.

Paul saw other sports including AFL, cricket and rugby union all helping people with special needs, and saw no reason fishing couldn’t do the same.

“The problem was that fishing doesn’t have a governing body like those other sports so it took a while for people to notice and understand what we were trying to do,” he said.

A huge step forward occurred in 2014 when Paul secured a stand for Introfish at the Melbourne Boat Show.

And it’s not just fishers who are getting in the know. More and more Paul is being contacted by other care organisations, wanting to tap into his unique offer.

“We’re out every weekend weather permitting, all year round, and that’s fantastic,” he said.

At 6am on Saturdays, Victorians can listen to Paul’s regular radio spot on Phil Wall’s fishing show on 1377 MyMP.

To learn more about Introfish or make a donation, please visit the website at introfish.com.au